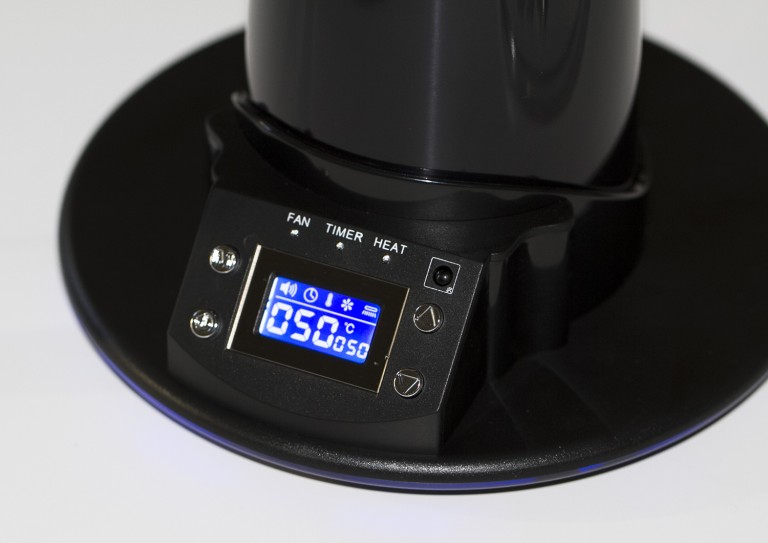 As if the original wasn’t good enough, the manufacturers R&D team spent years on research and customer feedback and focused on improving the quality, performance and durability of the new Extreme Q. 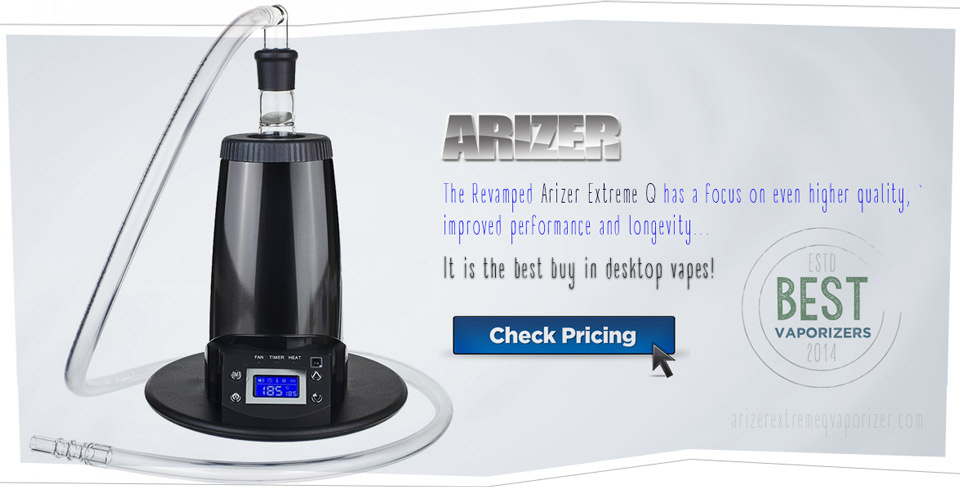 What makes the Extreme Q so much better than the original, and is the best desktop vaporizer you can buy?

What is the Extreme Q?

Before we talk about improvements, let’s take a closer look at the Extreme Q. 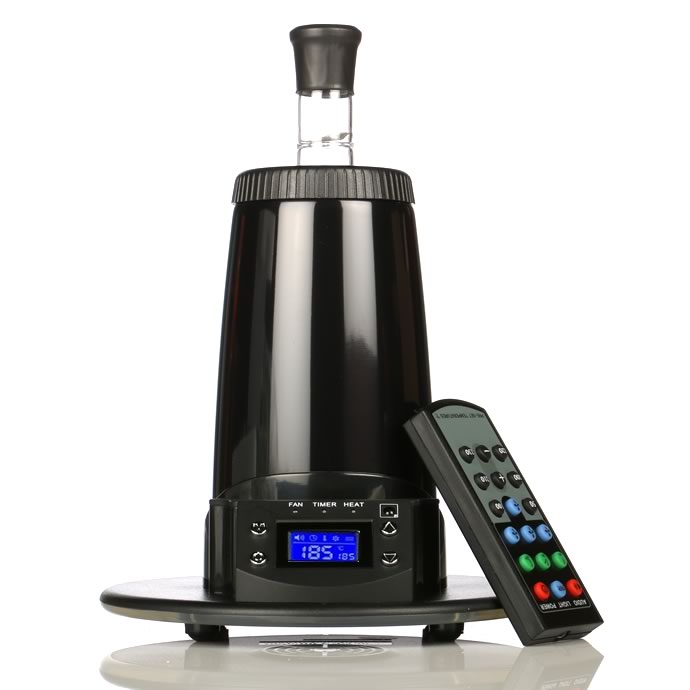 Like the Volcano, the Extreme Q is a desktop vaporizer that you can use one of two ways: with a whip or balloon style.

While it takes a while for balloons to fill up, the vapor quality is about as good as it gets. The slowest fan speed will give you the most robust vapor, but expect it to take about five minutes to fill the balloon up. Of course, you don’t have to use the balloon. You can choose to use it whip-style instead, so you never have to worry about waiting.

On the front of the vaporizer is an LCD screen that’s easy to read. This is where you control the temperature, the fan speed and the timer. There are four buttons on either side of the screen that are used to control your selections.

If you want to adjust the temperature, fan speed or time while you’re away from the vaporizer, you can use the included remote control to do so.

The Extreme Q comes with quite a few glass attachments, which adds to the purity of the flavor, but requires delicate handling and frequent cleaning. 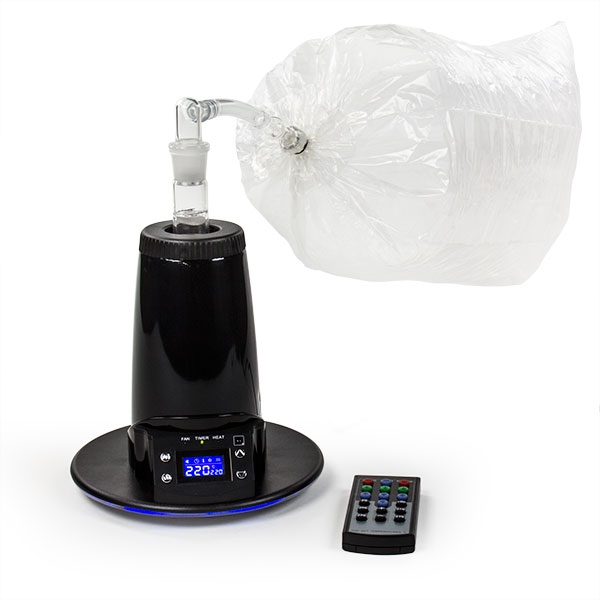 As you can see, this is a versatile vaporizer that you can use quite a few different ways. And that’s part of the appeal of both the Extreme Q and similar devices, like the Volcano. 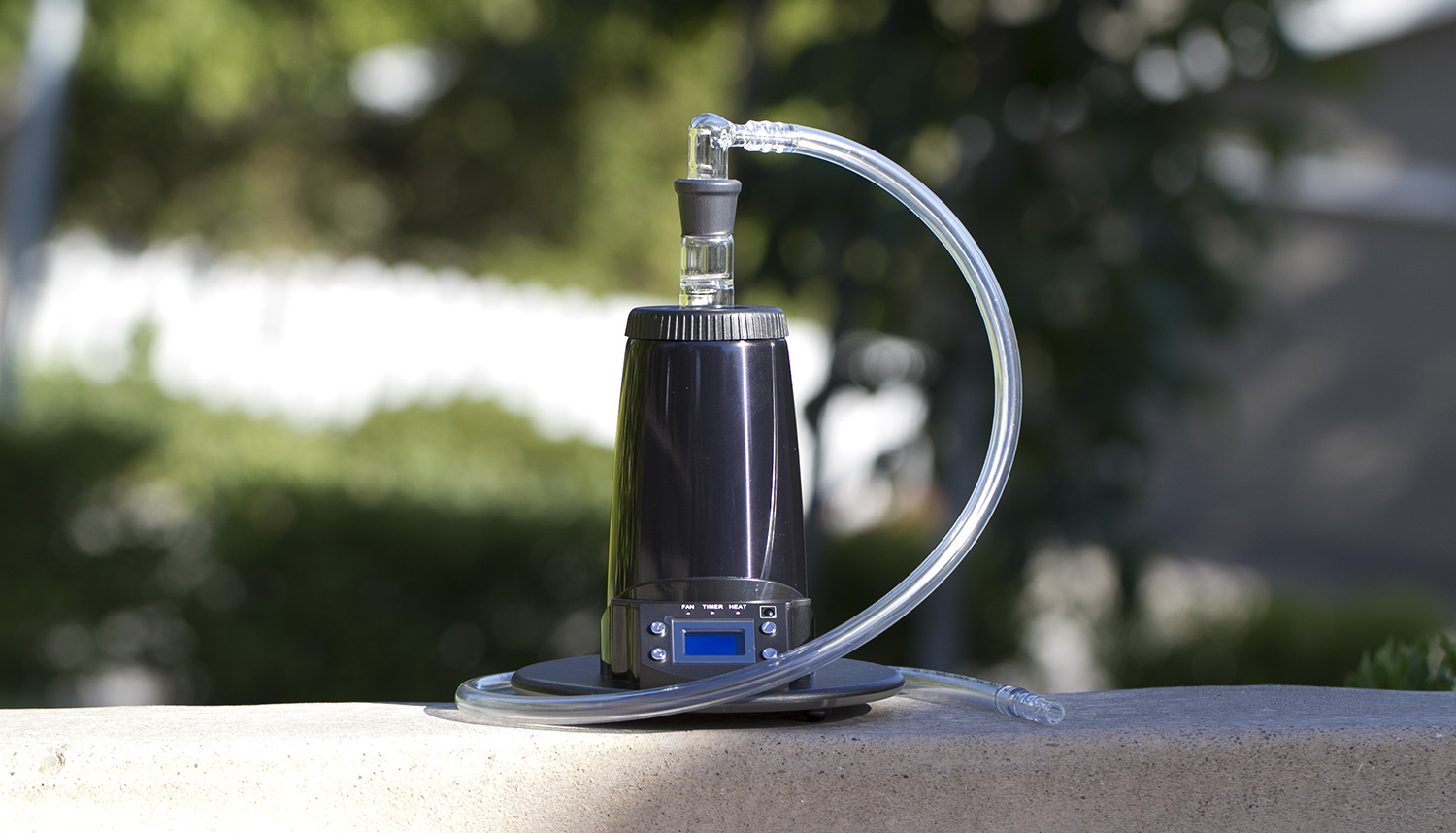 The Extreme Q improves on quite a few of the original model’s features and adds a few new ones, too.

While we didn’t personally find the original Extreme Q to be exceptionally loud, there are plenty of users that would disagree with us. Arizer took these complaints to heart, and added a new quiet fan to the latest version of the Extreme Q.

Now, you can vaporizer in peace and quiet – no complaints there.

The original Extreme Q was a bit bulkier, although not nearly as bulky as the volcano. Still, users wanted something a little smaller in size. The new Extreme Q is a bit more compact, and its design is a bit cooler, too.

The new Midnight Chrome finish looks great, although it doesn’t have an impact on the performance of the vaporizer. That said, it’s a nice perk, and most users like to have a device that not only performs well, but looks great, too.

The new clear view LCD screen makes it easier to see the current temperature and to scroll through the available options on the device. The original LCD screen was a bit harder to read in bright light and at certain angles, so this little issue has been fixed with the new screen.

The ‘fast heat’ ceramic heating is a serious improvement, and it means that the Extreme Q heats faster than ever before.

The Extreme Q still has precise temperature controls, but now it also has triple heat sensors, which means your material is always heated to the right temperature every time.

The great thing about this vaporizer is that you can choose the exact temperature that you want. There are no dials to turn – everything is digital. Temperatures range from 122F to 500F, and you can adjust in one-degree increments for precise results.

The updated Extreme Q has been redesigned from the ground up with Solid State Circuitry, and it’s now 50% more energy efficient.

You’ll spend less money on energy use, and your vaporizer will last longer – two major bonuses.

While the new Extreme Q certainly improves on the original, the biggest question that most of you probably have is: how does it stack up to the competition? 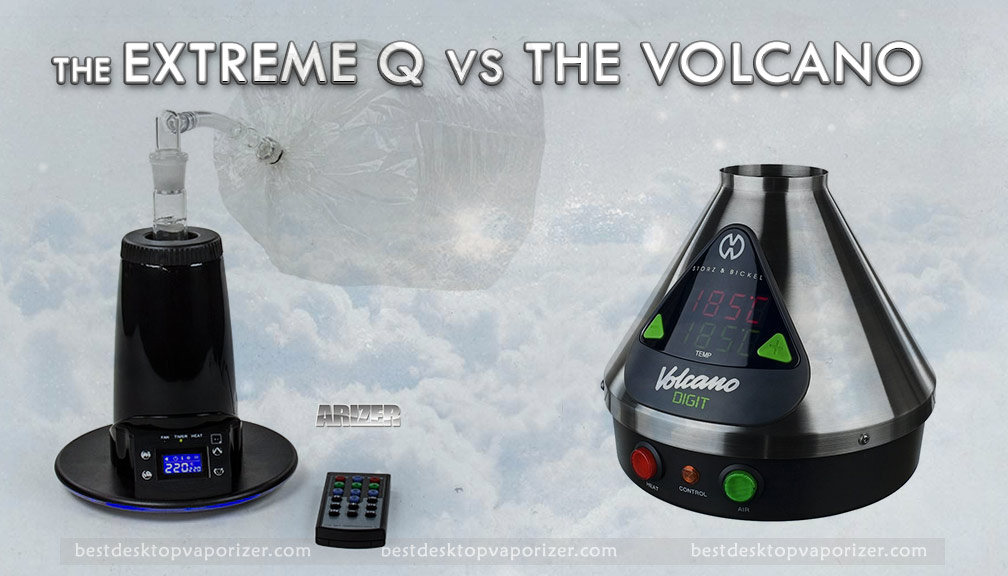 If you’re thinking of buying a desktop vaporizer, your choices will likely be down to the Volcano or the Extreme Q. Which one should you choose?

There are quite a few things to consider.

The first thing you’ll need to think about is your budget.

Between the two, the Extreme Q is the more affordable option. The Extreme Q costs $239, while the Volcano will set you back about $380.

Both vaporizers are nearly on par when it comes to performance.

The Extreme Q produces vapor that’s just as full and delicious as the Volcano. But there are two small issues if you plan on using this vaporizer balloon style.

For one thing, it takes longer for bags to fill up, which can be a slight inconvenience. As mentioned previously, it can take up to five minutes to fill a bag on the lowest fan speed setting.

The balloons also don’t have a valve system like the Volcano’s does. This isn’t a major issue, but it is nice to have control over the amount of vapor that comes out of the mouthpiece.

As far as controls go, both the Extreme Q and the Volcano offer precise, digital temperature settings, so you can choose the exact temperature you want.

The Volcano is a bit bigger and bulkier, and the new Extreme Q has a more compact, sleeker design, which may be an important feature for some users.

Ultimately, it really comes down to value. The Extreme Q is on par with the Volcano in terms of vapor quality and production, but it comes at a lower price. At the end of the day, the Extreme Q offers better value.\ 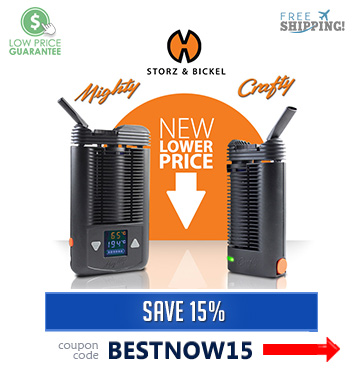